Shafts of Light from Meister Eckhart

IN LATE THIRTEENTH century Europe there emerged a spiritual teacher whose ideas and practice closely resemble those of the nondual teachings. His name was Eckhart von Hochheim, and he was born in Thuringia around 1260. When aged about fifteen, Eckhart joined the religious order of the Dominicans. He studied at Cologne and later Paris, a great centre of Christian learning, where he taught and gained distinction as a scholar and preacher. He qualified as a ‘Master’ of Theology, and hence became known as Meister Eckhart. He also came to be appointed as an administrator, in charge of the Dominican establishments in northern Germany, Holland and Bohemia, and spent a good deal of time travelling through these areas. He lived a long and busy life, leaving this world some time between February 1327 and April 1328. His last years were overshadowed by his need to defend his views before the Inquisition.

Eckhart’s writings* include some early ‘talks of instruction’, probably given while he was in charge of his ‘home’ convent at Erfurt between 1295 and 1297. As a travelling administrator, he came in contact with the royal court of Bohemia, and wrote a short Book of Divine Comfort for the devout, and recently bereaved, Queen Agnes. As an eminent scholar and debater, he wrote Latin commentaries on some of the books of the Bible. When giving sermons to a learned congregation, he also expressed himself in Latin. He otherwise preached in the ‘Middle High German’ vernacular of the day. About a hundred sermons have survived in this form, probably based on shorthand transcriptions from members of the congregation, or memorised and written up afterwards.

This article is from the Winter 2019 issue of Self-Knowledge Journal. 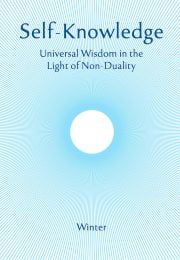